​Leicester City are keeping tabs on Atalanta's right-back Timothy Castagne ahead of a possible summer transfer. However, any potential move would depend on whether the Foxes' Ricardo Pereira remains at the club.

Castagne, who is a Belgium international, has been earmarked as a replacement should Pereira leave the King Power this summer.

The Portuguese star has been one of the Premier League's most consistent defenders this season, and will no doubt attract interest from a host of top European clubs throughout the summer transfer window. However, the Foxes are thought to hold little interest in letting their star right-back go in the summer. But, if they were to sanction his departure, according to Sport/Foot (via ​Leicester Mercury) the club have lined up a contingency plan, earmarking Atalanta's right-back Castagne as their man.

And, having joined the ​Serie A side from Genk in 2017, he has gone onto make 58 league appearances, scoring on five occasions. The Belgian has been a regular fixture for the Italian club over recent seasons.

He has made 19 appearances across all competitions for Atalanta this season - who not only qualified for this season's ​Champions League, but also progressed to the quarter-final stage after thumping Valencia 8-4 on aggregate. 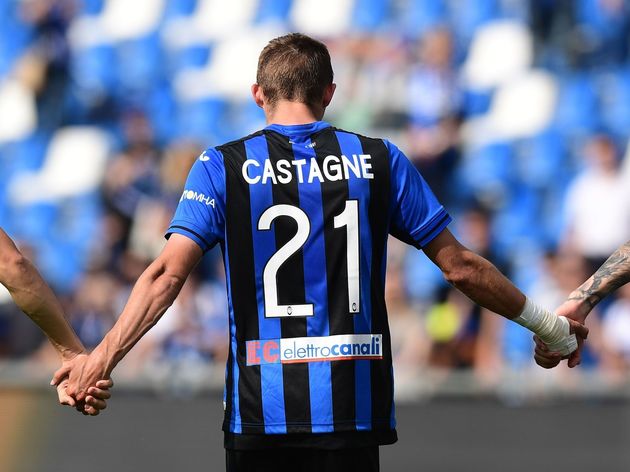 Granted, Castagne didn't make it off the bench in either of the Round of 16 legs, but it appears he is a player in demand -

His contract runs until 2021, so ​Leicester may have a slightly more difficult task tempting Atalanta into selling their bench-warming Belgian.

But, if they were successful in doing so, Castagne would join fellow countrymen Youri Tielemans and Dennis Praet at the King Power Stadium - both of whom signed for the club last summer.