If you think you've seen this one before...well, it might be because you have.

It's long been said that Celtic manager-turned-Parkhead pariah Brendan Rodgers has been keen to put former rivalries aside to bring enigmatic Rangers striker Alfredo Morelos south of the border.

Ever since the Northern Irishman earned himself Judas status when he walked out on the Scottish champions last February, English tabloids have been falling over themselves to create the narrative of an Old Firm reunion, and we've been treated to the latest edition this fine Sunday. The Sun have put their necks on the line this time with a report that a kind, club media Twitter account might describe as 'error-strewn', claiming that Morelos is garnering the interest of ​West Ham and, you guessed it, ​Leicester.

The basis for their claims is that Morelos is in the midst of his 'greatest ever' goalscoring season in Scotland, and has had 'less disciplinary problems than in recent years.'

That would be all well and good if either of those things were true.

Morelos started the season like a bat out of hell, scoring 26 goals before the turn of the year, but he has since hit a bit of a snag. He's netted just three in 2020, none of which have come in the Scottish Premiership, and is yet to better last season's total of 30.

As for his disciplinary record, he's been booked eight times and sent off twice. An improvement on last season, yes, but still the second worst of his career, and a long way from acceptable.

[Editor's note: it should also be 'fewer' disciplinary problems] 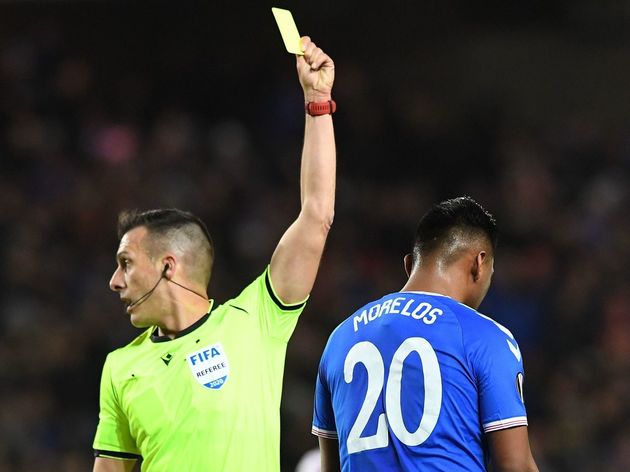 The report predicates itself on the flimsy, lazy suggestion that Rangers may 'have' to sell Morelos as a direct result of their financial struggles, exacerbated by the coronavirus shutdown.

The Ibrox club would likely have listened to reasonable offers for their star asset this summer anyway, but if they are to reduce their asking price, it will come as a result of his dip in form and questionable discipline for Steven Gerrard's side - not a contraction in the market which will hit top English clubs just as hard as it will hit clubs north of the border.

Leicester and West Ham interested in Morelos? Not an unreasonable suggestion.

But let's not bend (or make up) facts to try and spin it as a story. We should be better than that.