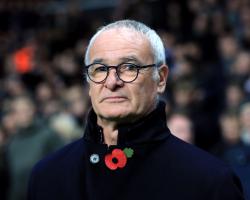 The winger cashed in on Danny Drinkwater's error as the Baggies deservedly became the first side to beat the champions at home in the Premier League since Arsenal in September 2015.

They started on the back foot as Ron-Robert Zieler, in for Kasper Schmeichel after the goalkeeper fractured a hand in Wednesday's 0-0 Champions League draw in Copenhagen, tipped Phillips' low drive wide after just three minutes

The Baggies made an aggressive start, helped by Leicester's sloppy play, with Zieler rusty and the goalkeeper allowed Salomon Rondon to charge down his clearance

Much like in their forgettable stalemate in Denmark, the Foxes were stifled with Slimani and the recalled Shinji Okazaki starved of service

With Vardy benched Leicester lacked the cunning to attack the Baggies as Ahmed Musa and Riyad Mahrez remained on the periphery.

But the striker's introduction failed to inspire the hosts and the Baggies took the lead seven minutes after the restart.

The lead lasted just three minutes, though, as the Foxes equalised with their first effort of the game

Mahrez's cross then found his Algeria international team-mate who timed his run perfectly to nod in his fifth strike of the season from six yards.

The goal reinvigorated the hosts but the Baggies regained their composure and, after Zieler saved from Craig Dawson, grabbed the winner with 18 minutes left

And despite desperate late pressure Leicester could not force a second equaliser.