Leicester City have had some unforgettable kits during their 136-year history. We've witnessed eye-catching shirt designs, memorable sponsors and an eternal battle over whether the shorts should be white or blue - so choosing our favourites has proven to be very difficult.

The shorts debate is not the only controversy that we encountered during our research for this article.

Eventually, all of these dilemmas were resolved and have been addressed below, so we're sure you'll 100% agree with these rankings... ​It was undoubtedly the club's best ever season - and possibly the most unbelievable campaign in sporting history - but Leicester's 2015/2016 offering only earns tenth place on this list.

It's fairly nice, the subtle gold detailing on the collar is a particularly fitting touch, but up against some very stiff competition this Puma template was never going to get anywhere near a place on the podium. Plunging ​V-necks are cool. Well, they certainly were during the late 1990s in Leicestershire anyway.

The club experienced considerable success during this suave kit's lifespan. Under Martin O'Neill, the Foxes won the League Cup in 1997 and also wore this strip in the following season's UEFA Cup. ​It might not be quite as beautiful as the garish pink away strip, but this season's home offering is still a lovely little number.

It represents a return to white shorts - the correct colour on a Leicester kit we hasten to add - and the splashes of gold tie the ensemble together nicely. 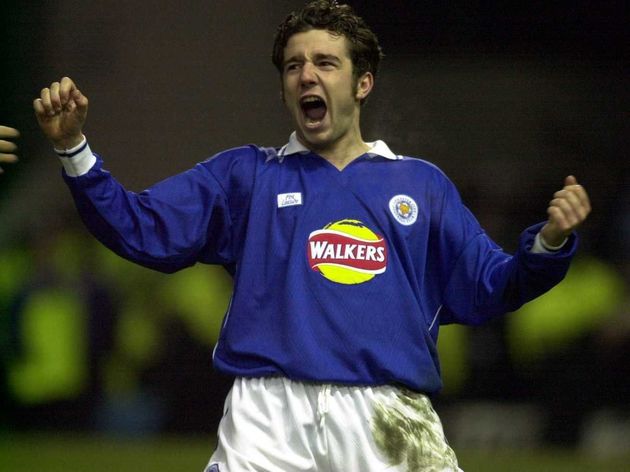 ​Look at the size of that collar. Look at the massive Walkers crisps logo proudly taking centre stage. Look at Muzzy Izzet. What a shirt eh?

Designed by the club's very own Fox Leisure brand, this beautifully ugly jersey has just been recommissioned on the club's online store. Excuse us while we go and buy one - or three. The 1960s were a great time to be a Leicester fan. The club reached three - albeit unsuccessful - FA Cup finals and also won the League Cup.

Legends such a David Nish, Gordon Banks and Graham Cross lit up the decade and their legacy was given a fitting send off with this stylish shirt. Those pesky blue shorts are the only thing holding it back from an even higher placing on our list (the kit on your right, in case you're wondering).

Though the Foxes only wore it for a solitary season, the John Bull sponsored shirt remains revered on the Filbert Way terraces.

A staple of the more fashion conscious fans' wardrobes - many of whom weren't even born when this kit was originally released - this strip bares all the hallmarks of an absolute classic of the genre.

Frank Worthington's golden tan and free flowing hair are the first things that come to mind when we look at this shirt.

Admiral were really putting themselves over when designing this shirt weren't they? Branding on both sleeves and the collar - you love to see it.

Can you think of any more teams that have made their own kit? pic.twitter.com/IE2bGiHo8T

Another offering from Fox Leisure, this is by far the best kit that the short-lived brand came up with.

A shirt that does a lot of things very right, the standout for us is probably the L.C.F.C. stitching on the collar. An extra touch of class on an already saucy piece of footballing history. Designing a nice football kit doesn't have to be complicated - as Leicester's offering from the first half of the 1960s demonstrates.

There's no gimmicks here, no exuberant finishing touches. This is just a Leicester strip as it should be. A neat blue shirt with white everywhere else. Tasty.

This is it - the greatest Leicester home kit of all time. This strip remains so popular, it is basically copied thread for thread every time fans are mocking up concept kits for next season. People are even selling cushions inspired by this iconic design.

It's time to finally give us what we want, adidas. Give us a modern twist on this stone cold classic in the summer please. Thank you.