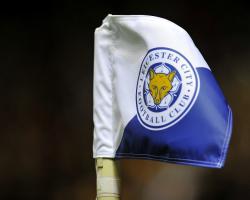 Leicester V Aston Villa - view commentary, squad, and statistics of the game live.Pearson not expecting ill feelingLeicester manager Nigel Pearson is confident there will be no fallout from his side's recent ill-tempered battle with Aston Villa when the two clubs clash again on Saturday.Referee Craig Pawson dished out eight yellow cards and a red as Villa came from behind to beat the Foxes 2-1 on December 7.The match culminated in a heated 80th-minute exchange between City defender Paul Konchesky and Villa counterpart Alan Hutton, who had scored what proved to be the winner a few minutes earlier.Konchesky's tackle on Hutton provoked an angry response from the Scot who forced his head into that of the Englishman before pushing him.Surprisingly, it was Konchesky who was sent off by Pawson - whilst Hutton escaped with a yellow - albeit with the decision overturned two days later on appeal.Pearson sees no reason for the duo to resume hostilities when City host Villa in the return Barclays Premier League fixture at the King Power Stadium on Saturday."It was sorted out afterwards," insisted Pearson."I wouldn't expect anything significant to happen because of that."Instead, Pearson is looking for his side to build on their current run of three games without defeat - a win and a draw in the league and an FA Cup victory over Newcastle.Although four points adrift of safety at the foot of the table, the last three matches have at least given Pearson cause for optimism."There's a bit of relief, we've been able to keep in touch over the last couple of weeks, but we've still an awful lot of work to do

It's not as if the season has changed hugely," assessed Pearson."The cup victory, more than anything, reinforced some of the positive aspects of the previous league performances."We've spoken many times about having some really good performances and not necessarily getting the results they have warranted, so what we have to do is marry up the two."I don't even mind being lucky winners from time to time, but we have to be in a winning position more often."At least there is an air of confidence and self belief now which is very important."With City waiting on a work permit for potential club-record signing Andrej Kramaric, Pearson goes into the game without four influential players.Esteban Cambiasso (hip), Kasper Schmeichel (foot), Jeff Schlupp (knee) and Riyad Mahrez, on African Nations Cup duty with Algeria, are all unavailable, whilst Danny Drinkwater is doubtful with a groin injury.Dean Hammond and Andy King come back into contention after recent knocks, and Mark Schwarzer is also added to the squad following his move from Chelsea this week.Villa boss Paul Lambert is hunting creative players to give Villa a cutting edge and score more goals after just 11 in 20 league games but insisted they will not spend big."Everyone knows the situation and where the club is, it's not changed from last year," said Lambert, who confirmed skipper Ron Vlaar is out for up to six weeks with a knee injury."If something can be done which isn't going to put the club in a position of madness and not going to financially hurt the place then the chairman will be good on that front."