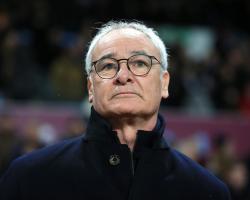 The Foxes, the surprise package of the season who are level on points with Barclays Premier League leaders Arsenal, have yet to confirm the deal but manager Claudio Ranieri is due to hold a press conference on Monday afternoon ahead of his side's FA Cup third-round replay against Tottenham on Wednesday night.

Ranieri is seeking to bolster the squad of the shock title contenders and Amartey, a Ghana international capped six times by his country, would become the second January arrival at the King Power Stadium after Demarai Gray joined from Birmingham for ÃÂ£3.75million.

FC Copenhagen say a fee has been agreed for Amartey's transfer and that the player just needs to finalise personal terms.

A statement on their official website, fck.dk, said: "A deal has been agreed between FC Copenhagen and Leicester City FC for Daniel Amartey.

"The agreement has been signed on the assumption that Amartey and Leicester City FC as expected come to an agreement on a few personal/minor details."

FC Copenhagen chief executive Anders HÃÆÃÂ¸rsholt added: " We cannot turn down a transfer of this size because generally speaking, it is the best outcome for FC Copenhagen

"We have been very happy to have Daniel here but it is part of our strategy as a club and a company to develop players to a level where they get so attractive that clubs from the biggest leagues will buy them for large sums of money."

His arrival at Leicester is likely to trigger a loan move for Gokhan Inler, with the Switzerland captain wanting first-team football ahead of Euro 2016

Villa are interested in the midfielder, while a move to Schalke has not materialised

Inler has made nine appearances for Leicester - but only three league starts - since signing from Napoli in August and was an unused substitute at Villa Park on Saturday.