England manager Gareth Southgate has insisted that he is not concerned by James Maddison's decision to attend a Leicester casino on the night his side lost to the Czech Republic in Prague, but suggested the midfielder will learn to be more cautious with his free time due to his 'high-profile' position.

The Leicester midfielder was named in Southgate's initial squad for the double-header with the Czech Republic and Bulgaria, but was released from the squad early due to illness, allowing him to recover for his club's upcoming match with Burnley.

Gareth Southgate believes James Maddison has learned the hard way about the intensity England players are under, after he was pictured in a casino after being released from international duty.

England faltered in Prague, falling to a late 2-1 defeat despite Harry Kane's opener from the penalty spot, and Maddison sparked some mild outrage when he was spotted by the press at a Leicester casino on Friday - the night of the defeat.

Southgate defended his player's right to spend his free time as he chooses - but warned not everyone will be as forgiving.

​​Sky Sports"I guess that what James has learned is that if you have an involvement with England, then there is an increased spotlight on you, and increased interest in your personal and private life as well. 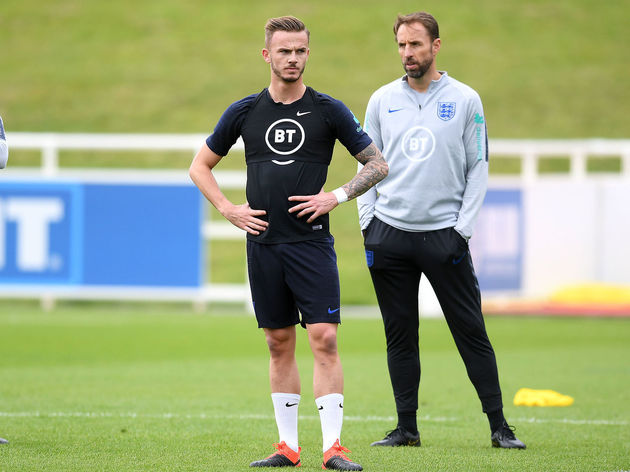 "That goes with the territory. It's a high-profile position."

A win for England in Sofia on Friday will see them qualify for Euro 2020 should Kosovo drop points at home against Montenegro – the Montenegrins holding an exciting Kosovan team to a 1-1 draw in the return fixture.

And while Maddison is yet to be capped, the 22-year-old has scored two and assisted two more in ​Leicester's impressive start to the ​Premier League season, and looks a cert to be heading to Euro 2020 if and when the Three Lions get their qualification over the line.