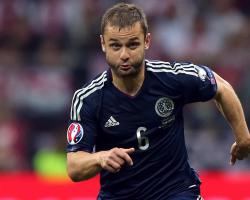 Press Association Sport understands the Barclays Premier League club have agreed a fee in the region of ÃÂ£1million for Maloney, whose deal at the DW Stadium runs out in the summer.

Earlier this month Latics manager Malky Mackay had revealed "four or five clubs" had expressed an interest in the 31-year-old while also confirming one team, believed to be Leicester, had seen an initial offer rebuffed.

However, Maloney is now free to discuss personal terms with the Foxes after they lodged an improved bid.

Speaking earlier this month about Maloney's future, Mackay said: "That will be a club decision.

"He's been excellent as a professional - as I knew he would be.

"He's got massive quality and it's frustrating but he's got six months left on his contract; there's not a lot I can do about that.

"The situation is something that might be out of my control

Obviously I want to keep my best players but that's not always something you can do."

Maloney moved to Wigan from Celtic in 2011 and has enjoyed many highlights with the club including scoring the winner against Manchester United in April 2012 and netting a last-gasp free-kick in the draw at QPR 12 months on.

But his fondest memory is likely to be the FA Cup final success over Manchester City in 2013 and it was Maloney's corner which Ben Watson headed home to seal a famous cup upset at Wembley.