5 Leicester Youngsters Who Have Impressed During Foxes Pre-Season Friendlies

​Leicester City's pre-season campaign has been somewhat overshadowed by the constant rumours that Harry Maguire is set to depart the King Power Stadium, in favour of a move to Manchester United.

However, while this endless transfer saga rolls on, the Foxes have been quietly putting together a string of very encouraging results.

Brendan Rodger's side have yet to taste defeat and if they can avoid losing against Atalanta on Friday evening, they will have gone the entirety of pre-season unbeaten.

Even more encouraging than the results though, has been the performances of some of the Foxes' younger players over the past month. ​Despite being brought in for almost £20m from SC Freiburg 12 months ago, ​​James Justin: bargain of the summer. It has a nice ring to it, doesn't it? Whether you agree with this bold statement or not, there can be no denying that Justin in an extremely exciting prospect.

Blessed with a fabulous technique and able to play in either full-back role, Brendan Rodgers wasted no time in bringing in Luton's standout player during their run to the League One title last season.

The Foxes manager will have been very encouraged by what Justin has displayed so far in pre-season. The England Under-19 international has demonstrated his attacking desire in games against Cheltenham, Scunthorpe and Rotherham, earning the plaudits of Rodgers in the process.

The Northern Irishman told the ​Leicester City website that: "

Ricardo Pereira and Ben Chilwell will both be looking over their shoulders this season, as Justin offers a genuine threat to both of their first-team places. ​If Harvey Barnes could finish he would be starting for England. Simple as that.

Blessed with frightening pace and Zidane-esque close control, the England Under-21 international tasted a significant amount of first team action at the King Power Stadium in the second half of the season, but only managed to score on one occasion.

Unfortunately it appears that Barnes' nerves in front of goal have continued into pre-season, but Brendan Rodgers will take solace in the fact that the 21-year-old has continued to tear apart opposition defences for fun.

Against Cambridge in particular, Barnes fashioned a litany of chances for himself and others and these performances leave him with a good chance of nailing down a spot in the Rodger's starting XI.

​​20-year-old striker Admiral Muskwe has been at the King Power Stadium since he was just nine.

Winning the club's Academy Player of the Year in 2016, as well as picking up international caps for England Under-17s, before choosing to represent Zimbabwe, the place of his parents' birth, Muskwe is finally beginning to make his mark on the Foxes first team.

Starting up front against Cheltenham, alongside Kelechi Iheanacho, the Leicester-born youngster pressed well and participated in some encouraging link-up play with his teammates.

Further first-team action came against Rotherham, where he replaced Harvey Barnes. Brendan Rodgers will be hoping that he can kick on this season and be included in more first-team squads. 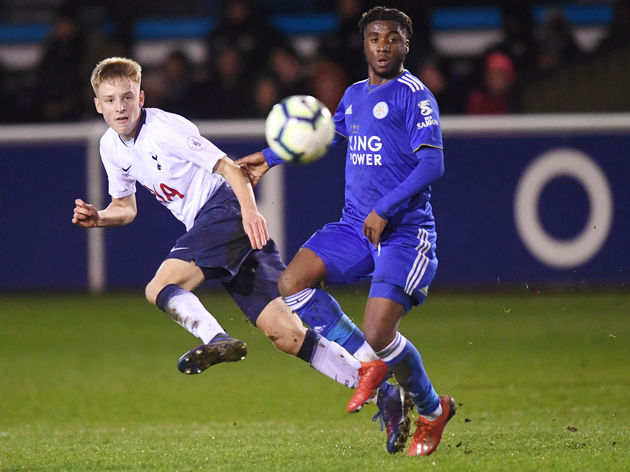