​Leicester host Newcastle at the King Power Stadium in the Premier League on Sunday, with the Foxes mounting a serious assault on the top six.

Leicester have started the season superbly, sitting in third having lost just one game - a 1-0 defeat to Man Utd at Old Trafford. Brendan Rodgers' men snatched a victory over Spurs last weekend, with the optimistic among Leicester fans hopeful of even a Champions League berth. ​Newcastle fans, meanwhile, have less reason to be optimistic, and certainly aren't at this moment in time. The Magpies have won just one game - also against ​Spurs - and lurk just above the relegation zone.

Here's 90min's preview of the game.

​Leicester have been dealt a blow that James Maddison is a serious doubt for the weekend, having picked up a knock against Spurs. The playmaker has been in fine form this season and the Foxes' attack will suffer without his creativity. Newcastle, on the other hand, have several players recovering who could be fit for the weekend. DeAndre Yedlin, Matt Ritchie, Sean Longstaff and Allan Saint-Maximin are all doubts to start, but might be available from the bench.

​Dwight Gayle and Florian Lejeune remain on the treatment table with longer-term issues.

Newcastle have the slight advantage in this tie historically, winning 53 compared to Leicester's 45. In recent years, however, Leicester have gained the edge, winning five of the last eight league clashes. 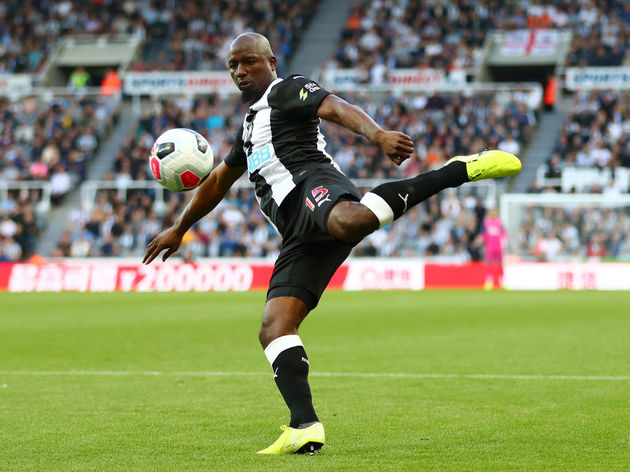 The two sides have, in fact, already met this season, in the EFL Cup second round. After a 1-1 draw after 90 minutes at St. James' Park, Leicester progressed on penalties, winning the shootout 4-2.

Leicester go into this clash full of optimism, having beaten Spurs last weekend and then proceeding to demolish Luton 4-0 in the EFL Cup in midweek. The Foxes are up to third having lost just one game all season. Newcastle have been less impressive (to say the least) with just the one win to their name.

The Magpies were fortunate to draw at home to ​Brighton last week, with the Seagulls dominating the possession and the chances, and had Fabian Schar's acrobatics to thank, such was the elegance and athleticism of his goal line clearance.

Here's how each team has performed in their last five fixtures: Don't expect any surprises with this one, then. Leicester should be able to deal with Steve Bruce's men, even without Maddison.