Leicester Transfers: 5 Left-Backs the Foxes Could Realistically Target in the Summer

Although Brendan Rodgers will be desperate to keep his Leicester squad together for next season, the Foxes are likely to find it difficult to retain the services of Ben Chilwell when the transfer window eventually opens.

The sharks – well, Chelsea and Manchester​ City actually, so one 'Shark Team' – have been circling the England international for months and there's talk of a mammoth bid being tabled.

Chilwell is a very promising talent, but Leicester's track record of selling one key player per season suggests that he will be shipped out, especially if that £80m offer comes in. That's bloody loadsa money.

Therefore, Rodgers needs to find himself a new left-back, particularly as James Justin is unproven and Christian Fuchs is about 60 years old. Here's who should be on the Foxes' transfer radar. Lewis has a significant slice of this in his game as well, but does come with a long list of marks in his favour. Tactically, ​Norwich play a similar style to Leicester meaning he should slot in nicely.

He could also be available for a knockdown price - for an English player anyway - in the likely event of the Canaries' relegation. ​From one left-back staring relegation in the face to another, Matt Targett could also be targeted (if you'd pardon the pun) by the Foxes in the summer.

The 24-year-old has been part of the worst defence in the league this season, which is bad. But he's English and would count towards their homegrown quote, which is good.

Overall, while Villa's shocking defending this season reflects badly on Targett, he has displayed some tidy stuff at Fulham and ​Southampton in seasons past. 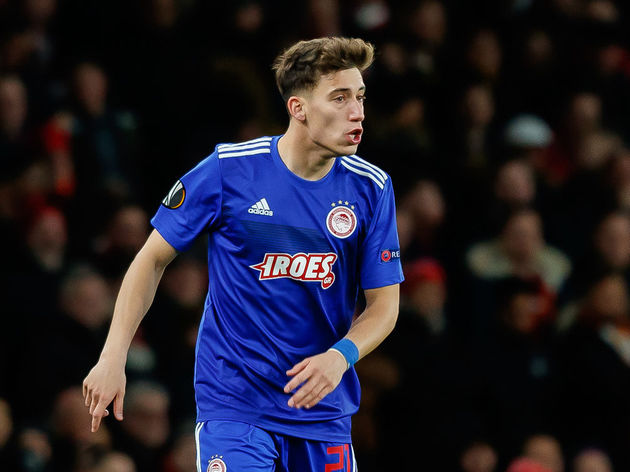 90min has already done some digging to ​find some things out about the young talent - you're welcome by the way - but would he fit in at the King Power Stadium?

His assist numbers are comparable to Chilwell's this season and he is blessed with pace to rival anyone in the Foxes' team - other than ​Jamie Vardy, obviously.

He also fits the mold of the sort of player Leicester like to sign. Young, hungry and with a point to prove at the highest level, his ​Everyone loves a bargain and Hasan Ali Kaldirim is definitely that - even if he isn't much else.

​does not currently look likely. ​Alex Telles is one of the hottest properties in the world right now and Leicester will do very well to secure his signature.

Among those tracking Porto's star man are ​Barcelona and Chelsea - with some reports suggesting that the Brazilian has usurped Chilwell as Frank Lampard's top target.

Liga NOS has proved to be a cursed recruitment ground for the Foxes in the past with Adrien Silva and Islam Slimani both proving to be expensive flops. However, Ricardo Pereira's success suggests the tide may be turning.

It might be a tall order but Leicester should definitely give their all to signing the 27-year-old as he'd slot into the side perfectly.