​colo Schira has confirmed rumours linking Leicester with a potential move for Milan winger Hakan Calhanoglu, claiming the Foxes have asked for information about the 25-year-old.

The Turkish forward has played 16 games for Milan this season, scoring twice and getting one assist, but could be on his way out of Italy this January.

Leicester are keen on Calhanoglu, while still keeping an eye on fellow countryman Merih Demiral, but a return to the Bundesliga could also be on the cards for the former Bayer Leverkusen star.

Hakan #Çalhanoğlu is not untrasferable for #Milan. If arrives a good offer, he could leave. #Leicester are asking information, but - in case of transfer - the turkish player would rather go back in Bundesliga. #transfers #LCFC

A report by ​Askam on Saturday also supported these rumours, suggesting Brendan Rodgers was keen on the ​Milan attacker, while readying a ​Juventus 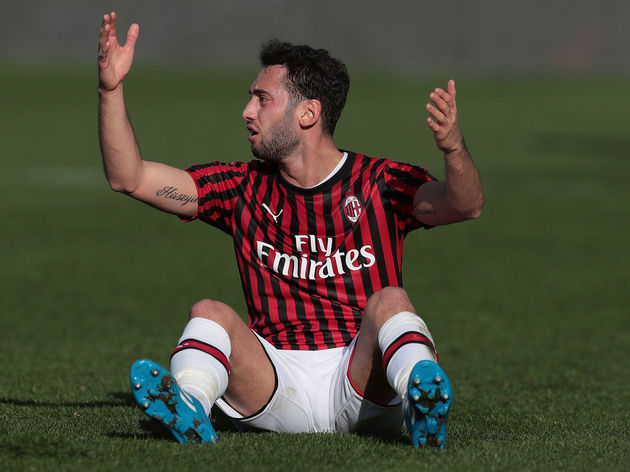 The Foxes have also been constantly linked with 21-year-old centre-back Demiral, who is seen by Rodgers as a long-term replacement for Jonny Evans. Compatriot and emerging talent Caglar Soyuncu could well play his part in a potential ​transfer.

However, despite links with the Premier League and Bundesliga, ​Calciomercato recently reported that Calhanoglu represents a "dream" transfer for Galatasaray. The Turkish outfit saw their