With the January transfer window now shut, Leicester City have wasted no time in pressing ahead with their summer transfer plans.

The club are reported to have sent a scouting team to watch Fenerbahce striker Vedat Muriqi in action against Trabzonspor over the weekend.

Brendan Rodgers' side, who remain in pole position to finish third in the Premier League and secure automatic Champions League qualification for the first time since their title triumph of 2015/16. 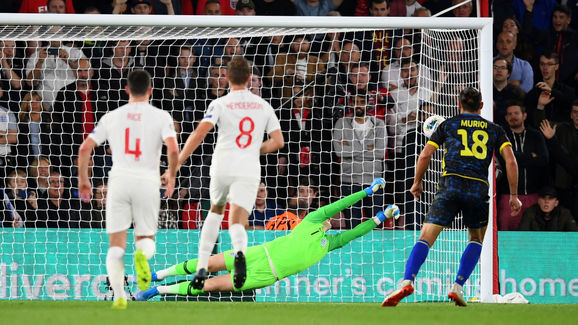 The club have, as reported by ​SportWitness, begun preparations to bolster their squad ahead of the 2020/21 season. ​who scored in his country's 5-3 European qualifier defeat to England in September

During Fenerbahce's 2-1 loss to rivals Trabzonspor, Muriqi demonstrated flashes of quality but  largely failed to hit the heights he has shown himself capable of reaching. So far this season, he has scored an impressive 13 times in 21 appearances for his club.

​Leicester are no stranger to the 25-year-old, having sent scouts to watch the striker against Besiktas last year. The Premier League side's most recent trip would suggest a summer move is in the offing. With Brendan Rodgers' likely to lead the club through a Champions League campaign next season, signing Muriqi would bolster Leicester's forward line, providing much needed support and competition for ​Jamie Vardy, and Kelechi Iheanacho.

Furthermore, Fenerbahce are currently struggling financially, which may tempt them to cash in on one of their most prized assets.

Muriqi is currently under contract with the Super Lig club until 2023, and given his age, international pedigree, and domestic success in Turkey, Fenerbahce would expect a player of Muriqi's profile to command a reasonable fee.