Leicester City: 5 of the Foxes Best Youngsters Who Deserve a Shot at the First Team in 2019/20

​Leicester City have had a very productive transfer window so far, with the big signings of Youri Tielemans and Ayoze Perez, as well as keeping hold of their star players at the club...for the mean time anyways.

The Foxes are also awash with young talented players that have already made their mark in the first team such as James Maddison, Ben Chilwell, Wilfred Ndidi and Demarai Gray along with Youri Tielemans coming into the team initially on loan.

However, there are still even more young talented players at ​Leicester who could also breakout next season and turn into key players at the club. ​The 21-year-old defender was actually Rodgers' first signing as the Leicester City manager. He was signed from Luton Town, where he had made it into the League One Team of the Season, such was his level of performances at the club.

The Englishman can play centrally or on the left of the defence, making a versatile and valuable asset for Rodgers moving forward. 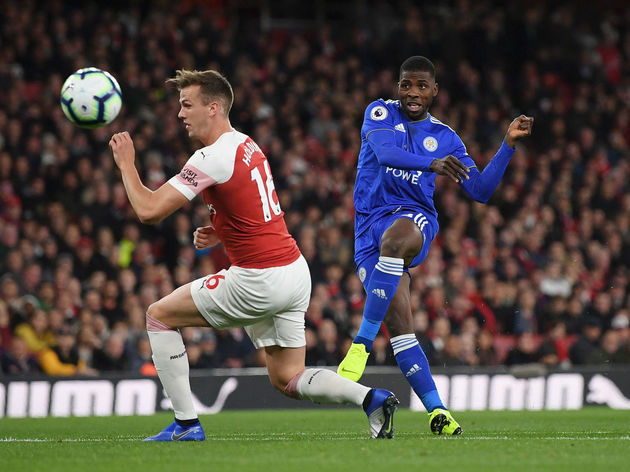 ​The once hugely promising Nigerian striker who broke out at​ ​Manchester City has not had the best time in recent years in front of goal, however, he still deserves a chance to prove his true worth at the King Power Stadium.

If utilised with more regularity by Rodgers next season, Iheanacho could become a hugely valuable asset for the Foxes. ​The 23-year-old Turkish central defender signed for a whopping £19m, but wasn't really given a fair crack at the whip last season.

However, with ​Rodgers believing Soyuncu is a real talent, expect to see much, much more of him at the King Power Stadium in the very near future. ​Harvey Barnes has come up through the Leicester academy and impressed when given a chance in the first team at the tail-end of last season.

The midfielder has created a buzz on loan at West Brom at the start of last season, and with his eye for goal and devastating ability to run at defenders, he could be a star in the making. ​The 21-year-old is probably the most talented player to come through the Leicester academy in recent memory.

Choudhury has been slowly embedded into the first team set-up over the past year, and many are expecting him to take a huge leap forward under Rodgers during the 2019/20 season.