​Leicester City's Hamza Choudhury has been charged by the FA for misconduct in relation to social media posts he made on Twitter back in 2013 and 2014.

Having been charged by the FA, Choudhury now has until 13 May 2019 to provide a response.

Leicester City’s Hamza Choudhury has been charged with misconduct in relation to comments made on social media in 2013 and 2014. Full statement: https://t.co/k0CVUVf9fs. pic.twitter.com/BMXgKhiaPe

The Tweets in question relate to alleged racist and sexist comments, as well as posts regarding suicide. As a result, the FA released ​a statement confirming that the 21-year-old has been subsequently charged after a breach of two FA rules.

"It is alleged that the comments breach FA Rule E3(1) as they were abusive and/or insulting and/or improper and/or brought the game into disrepute," the statement read.

"It is further alleged that the comments constitute an ‘Aggravated Breach’, which is defined in FA Rule E3(2), as they included reference to ethnic origin and/or race and/or sexual orientation." In light of the comments surfacing a few days prior, in the wake of the ​Foxes' 3-0 win over ​Arsenal, Choudhury released a statement of his own apologising for the six-year-old comments.

"I've learned a lot as a person in my early years as a professional – certainly enough to know that some of the thoughtless comments I have made in the past are both hurtful and offensive," he said (via the ​BBC).

"They do not represent my true beliefs. I am deeply sorry to anyone I have offended – both at the time and since they have been recirculated.

"I've grown up a lot since them and have learned a lot about life, but I accept that I have to take responsibility for the comments I have made in the past and will be a better, wiser person for it." 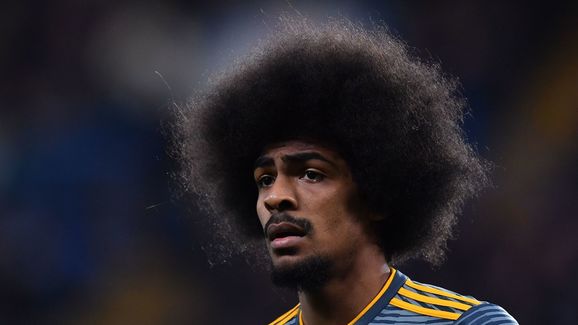 The up and coming midfielder midfield star joined Leicester as a seven-year-old and made his way through the junior teams, featuring seven times in the ​Premier League this season.