Daniel Sturridge: Why Leicester City Would Be the Perfect Destination for the Out of Favour Forward

Liverpool cruised to a 2-0 victory over Chelsea on Sunday to put them top of the Premier League with four games remaining, giving themselves a great chance of winning their first league title for 29 years.

In the corresponding fixture in September they were 1-0 down with four minutes plus stoppage time remaining when Daniel Sturridge was summoned off the bench.

Sturridge proceeded to score a 25-yard curler to equalise for Liverpool in the dying minutes, giving them a point that could prove to be invaluable in their quest to win the title. The 29-year-old was restricted to a cameo on that day, which is exactly the role he has found himself in since the arrival of manager

With a combination of injuries and Klopp's preference for the more energetic Roberto Firmino, Sturridge has found playing time hard to come by, failing to start more than 10 games for each of the last three seasons. This season Sturridge has been available for most of the season but has only started twice in the league, with the trident of ​​Mané, ​Firmino​Salah

Sturridge's career has stalled and as he approached the age of 30, his future is in great danger of fizzling out if he does not get regular playing time in the near future. ​With reports that ​Leicester City manager Brendan Rodgers ​is interested in signing him, this could be the perfect destination for Sturridge. He is out of contract in the summer and would able to leave Liverpool on a free transfer. 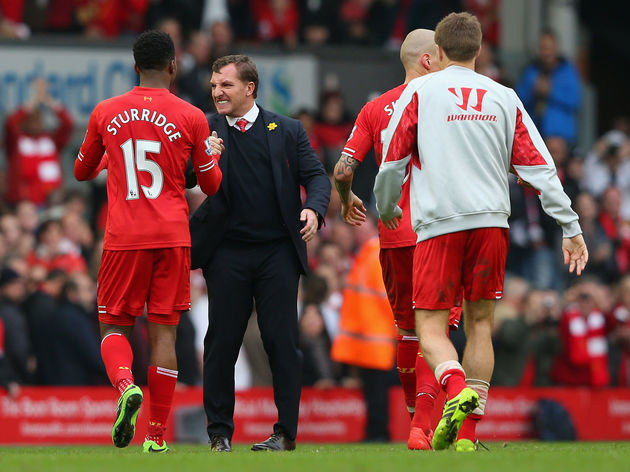 The case for Sturridge joining Leicester is compelling. The peak of his career was undoubtedly the 2013/14 campaign under Rodgers. Alongside ​​Luis Suárez​Chelsea

Whilst ​Jamie Vardy is the undisputed number one striker at Leicester, he is 32 years old and has a heavy burden on him to score most of the goals for Leicester. With fellow strikers Shinji Okazaki and Islam Slimani set to leave in the summer, that would leave Vardy and the young Kelechi Iheanacho as the only strikers at the club. There is also the fact that the season in which Rodgers gained the most credit as a manager was the aforementioned ​Premier League campaign. In this season he managed to accommodate ​Raheem Sterling If he manages to revive his club career, Sturridge would surely be able to get back into the England squad. He has not represented the Three Lions since 2017 and missed out on England's 2018 World Cup squad. With Vardy stepping away from international football, a strong club campaign next season could get Sturridge into the England squad for Euro 2020 and provide them with another credible alternative to ​Harry Kane.

Sturridge moving to Leicester would be mutually beneficial for both parties. Leicester would be signing the man who is still considered to be the best English finisher around, whilst the 29-year-old would be moving to a club full of talented, young, hungry players and have the opportunity to be reunited with the manager under whom he had the best season of his career.

Despite having a bit-part role at Liverpool, Sturridge has shown in the few appearances he has been given in recent seasons that he still possesses great quality. With Leicester chasing European football next season, getting a striker of his calibre for free would be priceless.