​Celtic have opened contract talks with prolific forward Odsonne Edouard to improve his current deal and persuade the 22-year-old to stay at Parkhead for at least another season.

Edouard has scored 26 times in all competitions so far in 2019/20, which is already an improvement on his final 2018/19 tally of 23. He also has 17 assists to his name as well, bringing his overall direct goal contributions to 43 in 43 games. 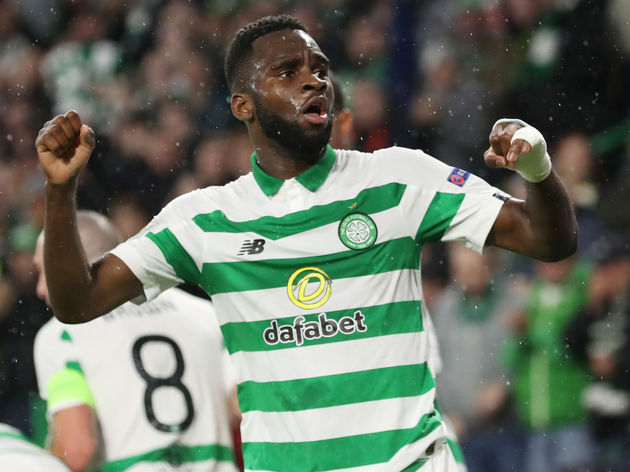 Edouard’s form has not gone unnoticed and has prompted transfer interest from several clubs.

Leicester, managed by former Celtic boss Brendan Rodgers – who brought Edouard into the side as a teenager, are one team linked. Manchester United, Everton and Newcastle are others, while Monaco were rumoured to have had an offer rejected in January.

The Daily Record reports that while Celtic are resigned to losing their star striker at some point, the Scottish champions are determined to keep him for ‘as long as possible’.

Offering the Frenchman an improved new contract is the best way to stave off interest and persuade him to stay, with the Scottish newspaper explaining that talks are underway. Those talks are in the early stage and no agreement is considered to be imminent. Speaking to the press since that original report was published, Celtic manager Neil Lennon commented, “I’d love to give him new deal – I’d give him a five-year deal tomorrow.”

The Daily Record expects suitors to begin bidding in the region of £30m for Edouard, for whom Celtic paid a club record £9m in 2018 following a successful loan from PSG. Celtic’s transfer record for an outgoing player is the £25m Arsenal paid for Kieran Tierney.