Caglar Soyuncu: Why Lord Farquhar Is a Ready Made Harry Maguire Replacement

The story of Leicester City's summer was the two Manchester club's pursuit of their star centre back Harry Maguire. The transfer saga was breathtakingly relentless.

Every day a new detail about the move would be leaked to the press, and if reports from the time are to be believed, Maguire had about thirty medicals at Man United's Carrington-based training ground over the course of an exhausting summer.

Thankfully, all of this nonsense was brought to an end on August 2nd, around a month after the first bid was made, when the 26-year-old agreed a move to the Red Devils for £80m. The fee may eventually rise as high as £85m, and even if it does not, Maguire's price tag represents a world record price for a defender.

Following the announcement of the transfer, Leicester fans attempted to cut ice-cool figures on social media. "We've robbed United here." "He wasn't even our best defender last season, Jonny Evans was." "If he's worth £85m how much is (insert well known player here) worth." etc.

But in all honesty, the fee was irrelevant. The Foxes had just sold a player who had only missed seven games over the last two Premier League seasons, and they only had a matter of days to replace him. I can't have been the only ​Leicester fan who was slightly concerned.

Enquiries were made into the availability of a number of the league's well known defenders, but the timing of the Maguire sale put Brendan Rodgers in a catastrophically weak negotiating position.

Get quoted £75M for Nathan Ake

Knowing that the Foxes were desperate for a centre-back, they were quoted £40m for James Tarkowski by ​Burnley, £45m for Lewis Dunk by ​Brighton, and most sensationally of all, £75m for Nathan Ake by ​Bournemouth.

Unsurprisingly, Rodgers passed on these options, opting to search for a Maguire replacement from within the club.

Wes Morgan and Filip Benkovic were both touted as the most likely to start the Foxes' Premier League curtain raiser against Wolves, but in the end Maguire's former position of left centre-back was to be occupied by Caglar Soyuncu. 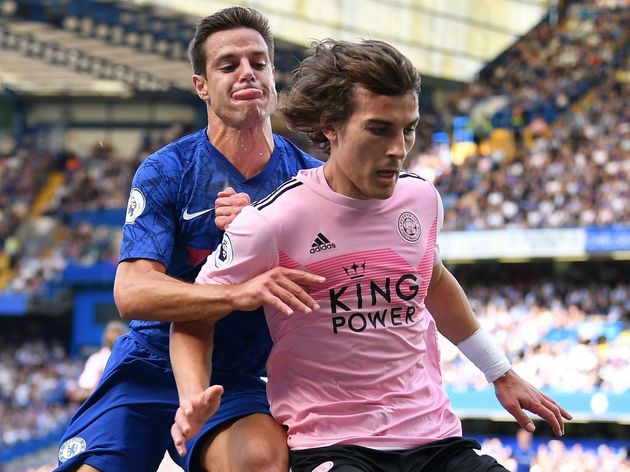 The 23-year-old had been brought in on transfer deadline day in August 2018, and experienced a fairly underwhelming first campaign at the King Power Stadium. Whilst fellow deadline day arrival, Benkovic, spent the season experiencing first team football on loan at Celtic, Soyuncu had remained at Leicester, making just six appearances.

He had been prone to rash decision making during his maiden campaign, picking up two yellow cards and also being partial to a mistake when put under pressure. Understandably then, Foxes fans had reason to be concerned, when the Turkish international lined up against the infamous ​Wol​ves front line last Sunday.

They needn't have been though, as Soyuncu did not put a foot wrong, helping Leicester to secure a ​0-0 draw.

The centre-back's dominance in the air and on the ground were instrumental in restricting Wolves to only two shots on target, with many drawing parallels between he and Maguire's playing styles.

Further evidence of their similarities can be found in Soyuncu's passing performance. Much like Maguire, he appears to be very comfortable on the ball, which should suit him well to Brendan Rodger's desire for his team to rest in possession. Soyuncu completed 71 out of the 77 passes he attempted against Wolves and can also boast two successful Cruyff turns, though we're not sure the data on this feat will be tracked quite as accurately!

This performance alone was enough to alter the narrative surrounding his Leicester career so far - such is the fickle nature of football. No longer the non-English speaking outcast who couldn't even displace an ageing Wes Morgan last campaign, he quickly transformed into somewhat of a cult hero amongst the Foxes faithful.

Soon after his display against Wolves, reports of Soyuncu's fun loving nature began to emerge, having being ignored previously. An interview in which Ben Chilwell revealed that the defender likes "inflicting pain" on his teammates at the training ground was circulated on Leicester Twitter, whilst the Turk also began to be compared to the much-loved former Foxes defender: Marcin Wasilewski. 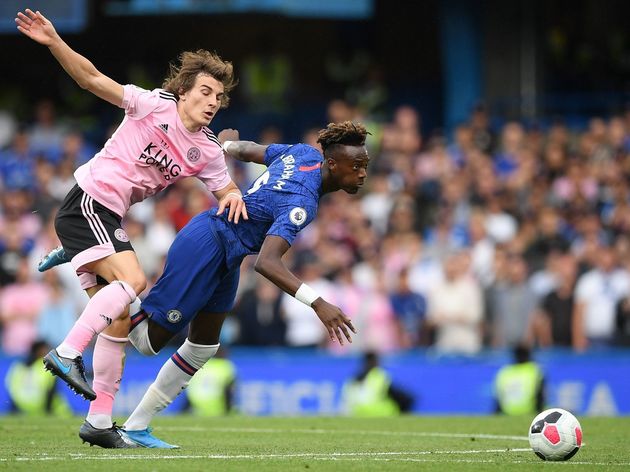 Soyuncu's display against ​Chelsea on Sunday, further cemented his place in the hearts of Leicester fans. Statistically, he was solid enough, registering five clearances, two interceptions and a pass completion rate of 86%. More importantly though, the 23-year-old provided one of the moments of the match, turning Chelsea's new £58m signing Christian Pulisic inside out, before effortlessly scooping the ball over his head to Wilfred Ndidi.

Now that, was peak Harry Maguire.

The image of a marauding Soyuncu bursting forward from centre-back, Disney prince hair flowing behind him, is one that is likely to bring Leicester fans a lot of joy this season and it has already made them forget about their former big-headed crowd favourite. So, they turned down Tarkowski, Dunk and Ake to give him a chance but what have Leicester got in Caglar Soyuncu? Of course, we may only be three games into the new Premier League season, but it looks like the Foxes might just have a hybrid of all these players best qualities.