​Leicester City manager Brendan Rodgers has revealed Wilfred Ndidi could be sidelined for up to a month with a knee injury suffered during training which will require surgery.

The Nigeria international was left out of the Leicester side that earned a 1-1 draw in Wednesday's Carabao Cup semi-final first leg against Aston Villa.

When explaining why Ndidi missed out on the match, Rodgers said as quoted by BBC Sport: "He nipped his meniscus changing direction - he will go in for a minor operation." The Northern Irish manager continued: "He will miss all of January and early February."

Ndidi has missed just one ​Premier League game all season for the Foxes but should the 23-year-old be in the treatment room for as long as his manager has suggested, ​Leicester will be without their defensive rock for five matches.

Since Ndidi's arrival from Belgian side Genk in January 2017, the midfielder has missed a total of six league games. However, Leicester's number 25 is a consistent starter for a reason, with his most common position in front of the back four. Ndidi is tasked with breaking up play and stopping most of the attacks before they reach the defence.

And so, in each of the young man's two full seasons of Premier League football, he has completed the most tackles in the division, an achievement he can also lay claim to this season. 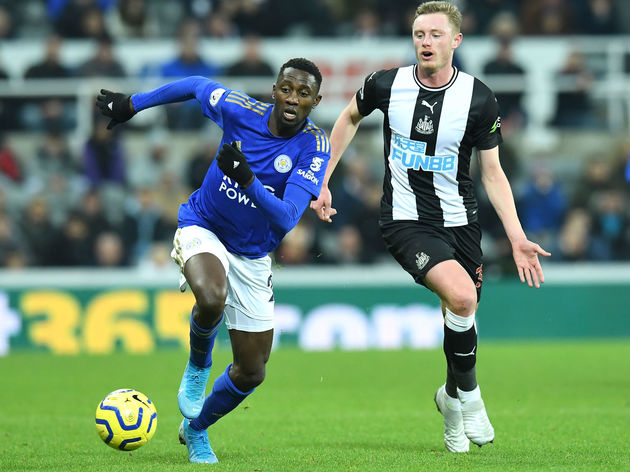 Ndidi's ability to spot danger and prevent most attacks from reaching Leicester's back line is one of the reasons the Foxes have the second-best defensive record in the league and are currently enjoying their most successful campaign since their remarkable title triumph in 2015/16.

His absence will be a huge blow to their slim title aspirations and they will be hoping for a speedy recovery.