The Foxes gave Guardiola’s title-chasing side a massive scare in the penultimate game of the season.

However, a thunder strike from the Citizens’ captain ​Vincent Kompany secured all three points, and ultimately led to ​City winning their fourth ​Premier League title. While Guardiola’s players celebrated with the travelling fans, the Spaniard strode on the pitch seeking out Chilwell, who had been linked with City.

“He [Guardiola] just said he thought I was a really talented player and he wanted me to keep playing well, getting up and down the pitch and never going away from it. That was it and then he walked off to the next person he wanted to speak to,“ Chilwell told The Daily Mail.

Despite the 22-year old appreciating Guardiola's words, he claimed that he remains focused on Leicester and working with their new manager Brendan Rodgers.

“I’m at Leicester and with Brendan [Rodgers] coming in we’re all loving him being there and that’s obviously where my head’s at,” Chilwell said.

The full-back’s hard training regime during the 2018 World Cup, which he missed, led to a very successful season with the Foxes and his first international call up for England in September. 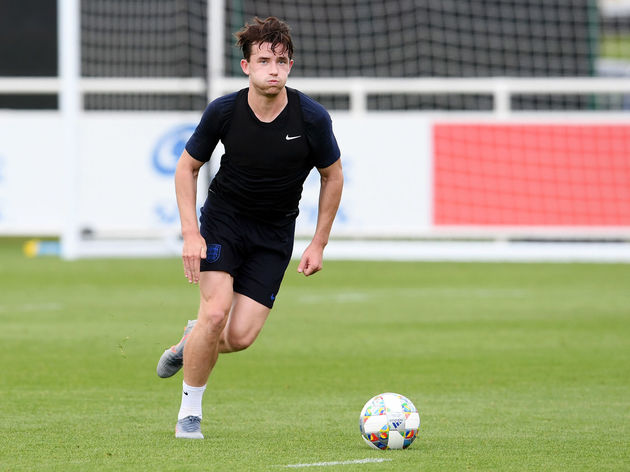 Since then, the Milton Keynes born defender featured six times for his country and has been a huge asset in Gareth Southgate’s quest for the Nations League title, as the Three Lions prepare to face the Netherlands in the semi-final on Thursday.

"The only pressure at the moment is the pressure we put on ourselves to do well because we know how good the squad is.

"Personally, I feel like the boys are very comfortable with each other, we know the talent in the dressing room."

Should England progress to the final of the Nations League, Chilwell will have a chance to play at Porto’s Estadio do Dragao, where his last visit ended in a 5-0 thrashing by Porto in the ​Champions League.

"I was 18 years old and got on the coach afterwards and saw the amount of abuse I was getting which, at the time, was difficult," the defender reminisced.

"When you're young you search your name on Twitter to see what everyone is saying about you, it was one of those things I had to get on with. I went into training the next week and kept working hard. That's all you can do.

No player outside the top six had more touches last season than Chilwell! #LCFC pic.twitter.com/lpOpF1IzCY

"It's something which probably helped me a lot. I got a lot of stick after the game as a young boy coming in and it probably taught me to be thick-skinned and not listen to stuff like that."